The Ind-Zim 3rd match also ended in another easy India win, leaving the commentators and TV analysts searching for fringe positives. Empty-stands, no local sponsors and bad television covering; has been the bigger outcomes of this series rather than the cricket. But a midst all these the big question coming in to the picture is “what is cricket gaining from these types of series’?”

A bilateral series where the No. 1 ranked side tours the No. 10 ranked nation(and the ranking stops there!), can only be reasonably realized as an try by the ICC to give some exposure to the weaker team, boost cricket in the particular country and may be some financial gain for the home board. I dare to believe any of these ideas have really transformed! 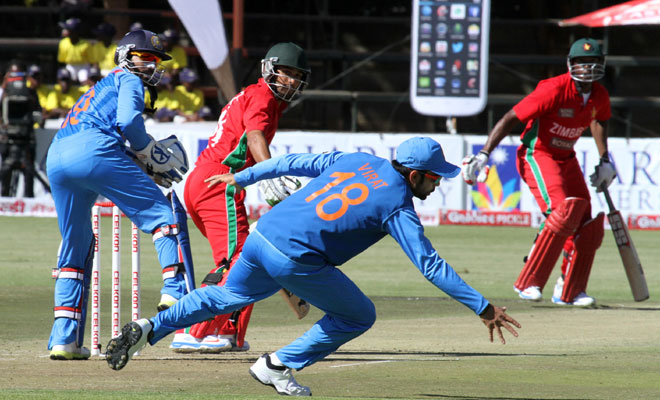 If the first 3 matches are taken as an indication, it is going to be a 5-0 drubbing from the hands of a second string top side and still without any real fight. If an exposure turns out to be such thrashing, it can only damage your confidence without any real good experience level. It would have been better on the part of ICC to let them fight against teams with equivalent cricket skills or a make a group of fast improving cricketing nations make them fight out among themselves and put the constantly performing teams against lower ranked Test playing nations to fine tune their skills again before taking on a giant side; which on my view is the best way to step up. But In the last 3 games the way the Zimbabwe team has played, may it throwing their wickets or playing wild strokes on against a seaming new ball or dropping easy catches, doesn't show any of that traits in them.

Now let’s come to the point of getting the spectators into the field and financial gains (both are co-related), the empty-stands stand as the proof of failure of that idea too. The fans will never throng up to watch a mediocre game of cricket between such two mismatched sides. Some triangular/quadrangular series’ between top nations will better serve the purpose. An Ind-Pak or Aus-Eng or Aus-SA like game will bring more crowds in a small (cricketing scope-wise) nation rather than the home side facing the above giants. While sponsorship is the direct reflection of spectator/fan size, it will surely increase. And they wouldn't have to sponsor the boundary ropes through a “masala” company.

Apart from all these the ICC need to understand success is always a step-wise process. The above may not show instant benefits but will stand in good stead in the days to come. Was watching the highlights of the 2000 champions’ trophy held in Nairobi, Kenya; and the spectator number just confirms my belief on the success chances of the above.